Keep up to date on all the student travel news you need to know. 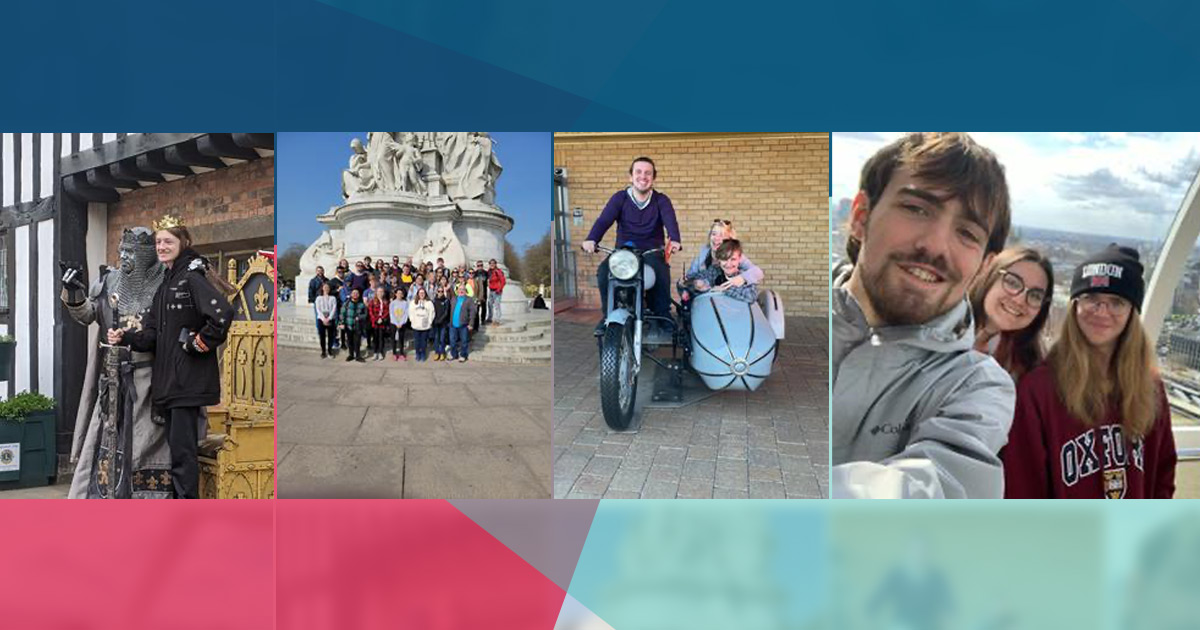 William A. Vliek, band director at Fowlerville High School in Fowlerville, Michigan, and members of the school’s band, along with several parent chaperones, recently spent spring break “across the pond” as they toured exciting London, England.

With the help of ETI, the trip—which has been in the works since 2019—thankfully, went off without a hitch.

While in London, the band members made sure to cram in as much as they could, including trips to Stonehenge, the Roman baths, Westminster Abbey, Buckingham Palace, the British Museum, the Harry Potter tour at Warner Bros Studios, walking tours of the city, the London “Eye” Ferris wheel and plenty more.

“The band was originally scheduled to perform alongside a band from a local London school, but pandemic regulations, as well as several unforeseen scheduling conflicts, canceled the performance,” said Vliek, who is also President of the Michigan Music Education Association and Vice-Chair of the Michigan Music Conference. “The students were exposed to some of London’s finest music, though, as they took in a performance of Les Miserables on London’s famous West End, the European equivalent of Broadway.”

The impetus for the trip began in 2017 as Vliek floated the idea of traveling internationally to band boosters.

“As an experienced traveler, I know the importance of showing students a larger world, full of different people, foods, languages and cultures,” Vliek said. “This trip was the first in a new tradition of traveling internationally every four years.”

In addition to the international trips, the band also travels closer to home every two years, with past trips having included Nashville, Memphis and New York City.

When asked for her thoughts on the trip, sophomore Lexi McKee responded, “I'm so glad we were given the opportunity to go on this trip. It was an experience that I will never forget. I got to see so many new things and it was even better with friends new and old.”

“It was a lot of fun and I wish I could go on the next one.”

Exploring other countries is an amazing way to broaden students’ perspectives of the differences and similarities that exist between cultures. If you’ve considered the opportunity of taking a group on an international tour, we at ETI wholeheartedly encourage you to contact us to find out how to make it a reality. We’ll support you as your student group is challenged to reevaluate their own values and cultural norms. And when you return, you’ll bring a widened perspective of the world around you, and a greater appreciation for home.

load more hold SHIFT key to load all load all